Littleton Campus Spotlight: Kindergartners Get a Taste of Big Concepts Through Familiar Stories 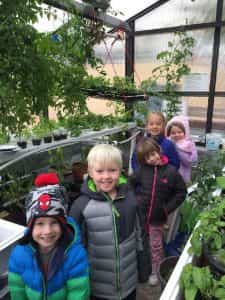 Did you know that the Gingerbread Man can spark an opportunity for scientific inquiry? Or that Jack and his beanstalk can inspire a hands-on engineering challenge? Our kindergarten learners, through the exciting world of fairy tales, have embarked on a journey that combines imagination, creativity, math and science into a rich and vibrant International Baccalaureate (IB) unit of inquiry. The Little Red Hen, Three Little Pigs, as well as Jack and the Gingerbread Man are the students’ companions on this voyage.

Kindergarten is enthusiastically engaged in this “How We Express Ourselves” unit of inquiry, one of six IB units for the year in the Primary Years Programme. Each focuses on a central idea (in this case “We teach and express our commonality through stories”) that is divided into several lines of inquiry that take students deeper into the concepts behind the central idea.

What makes a story? 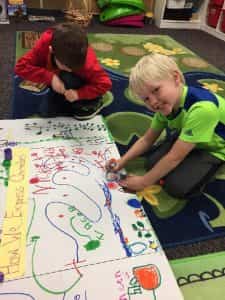 These young learners are learning about the purpose of a story, what makes a story, and the ways stories connect us. Along the way, they are discovering that the purpose of a story can be to persuade, inform and/or entertain. The summative project for this unit will allow students to work in small groups to retell or create a story using student-created puppets to perform a puppet show for the class. The dramatic play center is now a puppet theater and the children love to spend time telling stories. In Visual Arts, students are drawing Jack’s Giant from a worm’s perspective.

As with all IB units, math and science concepts are fully integrated into the curriculum rather than seen as “standalone” subjects. Kindergarten math centers have been overtaken by the Gingerbread Baby. Students are recreating Gingerbread Baby story problems and recording solutions into their math journals. The students enjoyed collecting data on what part of a gingerbread cookie each child bit first. 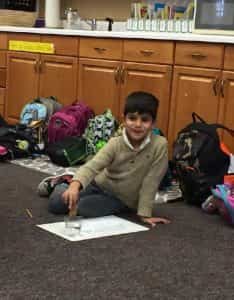 In writing, students are focusing on creating a story for entertainment. The authors will include a beginning, middle, end, problem and solution in their story. They are also writing to inform readers about a hypothesis and conclusion to the question, “What will happen to the Gingerbread Man if he crosses the river by himself?” As a way of exploring this hypothesis, they placed gingerbread cookies in water to observe the effects (Spoiler alert: the outcome was pretty “crummy!”).

How can fairy tales teach science and math in kindergarten? 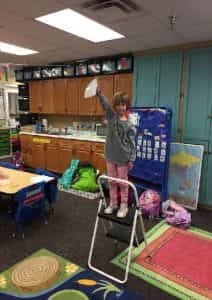 Jack the famous beanstalk-climber inspired students to engineer parachutes for him to safely make his way home without climbing down the bean stalk. (Apparently, the Giant caught on to Jack’s mischievous ways and has wrapped the bean stalk in barbed wire!) Students designed their first parachutes and, after testing, realized adjustments needed to be made.

Jack and his magic beans also sparked a botany project in the greenhouse. Students came up with a list of questions such as “Are these actual magic beans,” “When will they start to grow,” and “What happens if we forget to water them?” They each planted a few “magic” beans in our greenhouse and have been eagerly caring for them and monitoring their progress.

By integrating reading, writing, math, and science along with “specials” such as art, performing arts and Spanish, this kindergarten unit provides an opportunity for students to learn about the importance and function of stories. Accompanied by their favorite characters, they explore “big” concepts such as scientific hypotheses, data collection, research and narrative creation – and have fun while doing it! 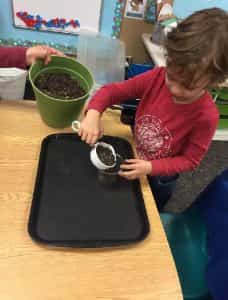