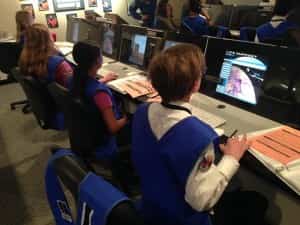 The Middle Schoolers at Mack-Littleton participated in a simulation of a Voyage to Mars at the Challenger Learning Center in Colorado Springs. During their space mission, the 7th and 8th graders worked as scientists and engineers on a voyage that takes place in the year 2076. The students had to navigate a la 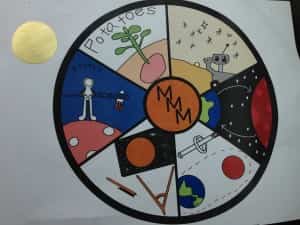 nding on the Martian surface, collect and analyze a number of planetary samples and data, and follow specific NASA protocols. *Despite a few simulated emergencies, including a fire and dangerously low oxygen levels, students completed their mission successfully!

Not only did the 7/8 graders successfully land on the Martian surface, they built a HAB based on Andy Weir’s book The Martian.  In addition to reaching Mars, these creative students were able to grow food – who doesn’t like potatoes?