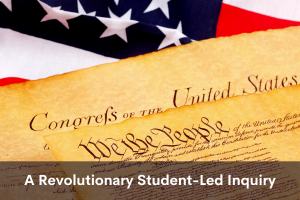 What do you do when the world hijacks your unit of inquiry?

It started quietly enough, during our unit of  inquiry into Revolutions. My fifth and sixth grade students asked: Are all revolutions good? What if the revolution doesn’t work? Can you have a revolution without a war?

Actually, yes, you can have a revolution without a war – we do it every four years in the United States when we elect a new president. We respond to the people’s wishes for their government peacefully instead of going to war. 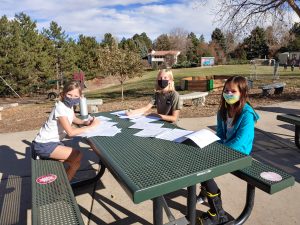 That was October 12, three weeks before the election. Many of my students were paying attention to this election; they were very aware of the candidates and of their families’ perceptions of them. And after the election, their questions began to focus – they wanted to understand what was happening. Why hasn’t a president been declared? What is election fraud? Do elections always happen this way?

Our unit of inquiry shifted from Revolutions to Government: studying the very institutions that we were watching play out. The students read the Constitution to learn the powers and the limitations given to the branches of government, and their questions became more pointed: Why is President Trump saying the election was wrong? What is the role of the Supreme Court? What is the purpose of the Electoral College? Can these systems really overturn the vote?

And with these questions, I put away my planned lessons and allowed their questions to become the unit of inquiry. Their focus, while still on the United States government, became more of a deep dive into how Constitutional powers were actually playing out in real life than in what each branch of the government could do. They wanted to know if the election was wrong, so they learned about the power of the United States  judicial system and researched cases in Michigan, Georgia, Pennsylvania, and Arizona. They learned about legal standing and voting observers and evidence. They read newspaper articles from different perspectives, attempted to make sense of the legal language of court cases, and they reflected on the lawsuits alleging voter fraud that the courts put aside for lack of evidence or lack of standing. 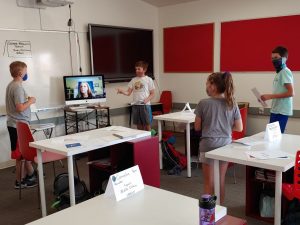 presidential elections. They understood that states get to make their own election rules because those rules aren’t in the Constitution. They learned that states with certified results and no outstanding lawsuits are considered to have Safe Harbor, where Congress can’t question their Electors. They combined their research into the election lawsuits with their understanding of the role of Congress in elections and created a video for their senators, expressing their reasoned reflections that Congress should not try to do a job it isn’t set up to do, even if the President says they can or should.

At the beginning of January, the students’ –and the country’s – engagement was high. So much talk about overturning the election. Stopping the steal. The students were frustrated with many adults who didn’t understand that the United States government was working the way it should: Concerns were heard, but dismissed for lack of evidence. State laws had been followed and certified. All that was left was for Congress to certify the votes of the Electoral College.

The Electoral College was their main entry point to the Executive Branch. They read the Constitution where the Electoral College was created and debated if this was still an idea we should use today. They read the statutes that explained how the counting of the electoral votes was to proceed, secure in the understanding that the election was over, because Congress had no role in doing anything but counting and certifying the electoral votes. They were excited to see this long process come to a close. And many of them were watching at home while, during the counting of the electoral votes, a mob breached the Capitol building. Like so many of us, they were stunned, wondering how this could happen when all the systems were doing their jobs.

I heard many opinions about how I handled this unit. Many of my teacher friends outside of Mackintosh felt I had gone too far, that I had risked inserting bias into the discussion, or that I should have focused on the powers and limitations of the branches of government rather than engaged in current events that my students may not have been able to comprehend.

But the International Baccalaureate tells me that student inquiry fuels agency and action. And what is education for, but to empower students to enable understanding that will help them to create the world they will need?

What do you do when the real world hijacks your unit of inquiry? You let the students lead.