Like many Americans on Election Day, students at Mackintosh Academy-Boulder will also be voting. Instead of choosing a president, representatives, and ballot measures, these students will get a chance to vote for their new school mascot. 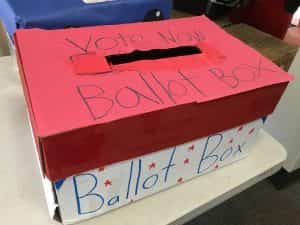 After Tuesday, their school’s mascot will either be the Mackintosh Dragon or the MackRobot.

The mascot election comes from the work of two fifth grade classes who have each developed their own campaign staff of communications specialists, media teams, and pollsters. These teams have worked for weeks generating campaign chatter around the school with propaganda posters, slogans, video advertisements, and stump speeches.

“I am excited to vote because I have never elected or seen elections before,” said second grader Rishi Gyambavantha. He added, “I am going to vote for dragons because dragons are  mythical creatures.” 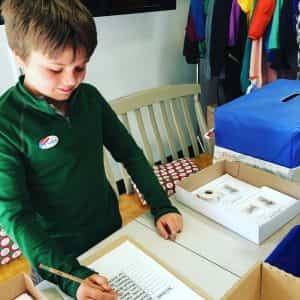 Excitement isn’t the only thing this election is generating, though. Students have been developing deeper understanding of the election process, how campaigns work, and the power of the press. The fifth grade has been studying the moving parts of an election through the lens of “The Power of Media,” one of their International Baccalaureate (IB) units of study.

“Students have worked really hard to create speeches, videos, and digital media for their mascot campaigns,” said fifth grade teacher, Brandy Ray. “Through this unit, our students better understand the power of persuasion and the media’s role in elections.”

One thing you won’t see in this student campaign is mudslinging. Fifth graders are actively working to take the high road with their messages and slogans. 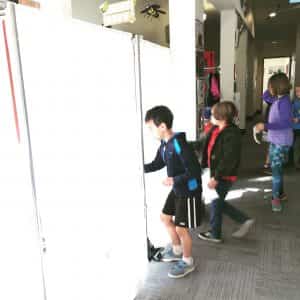 “Both Jared Polis and Nicolas Morse visited our school this election season. After their visits, students noted these candidates both had really nice things to say about each other. The fifth graders appreciated their positivity and have been following their example,” Ray shared.

The students and the rest of the Mack-Boulder community will vote for their favorite mascot choice on Election Day, November 8th. By the end of the day, votes will be tallied and a winning mascot will be elected. Teachers will then make sure the losing side meets with the winning side to congratulate them. The winning mascot team will then present their designs to the school community and parent 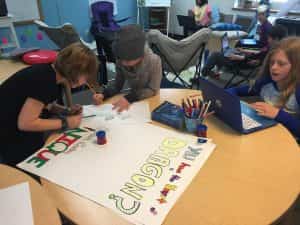 By this time next year, they hope to see their new mascot at all the school’s major events.